Prescriber Portal Login
Seizures and Convulsions
Autoimmune factors may play a bigger role in seizure disorders than previously suspected. In fact, a growing number of autoantibodies are being linked with idiopathic seizures.
Learn More About Testing
Symptoms
Home
Obsessions and Compulsions
Motor and
Vocal Tics
Attention Deficit
and Hyperactivity
Autism Spectrum Disorders
Anxiety
Disorders
Seizures and Convulsions
Depression and Mood Changes
Chronic
Fatigue
Test Order
Process
Learn About The Cunningham Panel™
How To Order The Cunningham Panel™
Seizures and Convulsions
Seizures occur when there is a sudden, uncontrolled electrical disturbance in the brain. An imbalance in neurotransmitter signaling causes neurons to become overexcited, inducing abnormal bursts of electrical activity in the brain.¹ This, in turn, can cause a range of mild to severe symptoms including uncontrolled muscle spasms, confusion, staring spells, cognitive impairment and loss of consciousness. Often, the terms “convulsions” and “seizures” are used interchangeably.
Epilepsy is a neurologic disorder that causes recurrent seizures. However, not everyone who has seizures has epilepsy. It can be difficult to identify the exact cause of seizures in adults with no prior history. In fact, for 1 in 3 adults with epilepsy, there is no known cause. But now, studies indicate that “an autoimmune cause appears to be the potential culprit in at least 20% of [those] cases.” 2
Seizures in adults with no history
Why am I still having seizures while on medication?
Why am I still having seizures while on medication?
Seizures in adults with no history

Autoimmune-induced seizures in adults with no history

Seizures in adults with no seizure history can be caused by a number of factors ranging from high blood pressure, drug abuse and toxic exposures to brain injury, brain infection (encephalitis) and heart disease. Mounting evidence also indicates that an immune dysfunction or abnormal autoimmune activity can elicit a sudden onset of seizures in adults with no history of the illness. 2

It’s well-established that people with certain autoimmune disorders, such as lupus, type 1 diabetes, celiac disease, multiple sclerosis, rheumatoid arthritis, and psoriasis, are at greater risk of developing epileptic seizures. Studies put the risk as high as 4-fold in adults and 5-fold in children.³ According to researchers, “Immune dysfunction may be partly responsible for this association.” 4

Investigators from Mayo Clinic point out, “It’s now a recognized and accepted fact that a proportion of patients with new-onset epilepsy can have an autoimmune etiology.” 5 Individuals with autoimmune-induced seizures typically do not respond to traditional seizure medications and treatments, and are often classified as having drug resistant epilepsy. 5

Others agree. Autoimmune factors may play a role in the onset of seizures in adults with no history and who do not respond to standard medication. “Accumulating evidence supports the role of autoimmune-mediated factors in patients with AED [antiepileptic drug]-resistant seizures.” 6

Identifying whether an autoimmune condition is causing the seizures or drug resistant epilepsy is important since treatment with immunotherapies can dramatically impact chances of recovery. 7 In fact, one study found 81% of patients had “significant improvement in seizure status” and 67% achieved “seizure freedom, a majority of whom were antiepileptic drug [AED] resistant.” 7

A growing number of autoantibodies are being identified and linked with seizures that have no known cause. “Specific autoimmune causes, typically associated with autoantibodies, have been increasingly identified in a subset of previously idiopathic seizure disorders.” 8

Others report, “it is widely believed that antibodies targeting against intracellular antigens or neuronal surface antigens are the potential causes [of idiopathic seizures].” 6

“Published reports document success with immunotherapy in a substantial proportion of patients with presumed autoimmune mechanisms for their seizures.” (3)

Click to tweet
However, not all autoimmune antibodies have yet been identified. Some individuals may have autoimmune-induced seizures “even without underlying antibody positivity, which may reflect the yet undiscovered array of neuronal antibodies that could result in autoimmune epilepsy.” 9


In some cases, autoimmune seizures may be the result of an infection-triggered autoimmune encephalopathy/encephalitis. This occurs when the immune system produces antibodies meant to destroy a foreign substance (i.e. bacteria, virus) but instead mistakenly attack healthy tissue in the brain (autoantibodies), causing inflammation (encephalitis) and the onset of seizures in children and adults with no history of epilepsy.

“Some of them directly infect the brain and cause a primary viral encephalitis; on the other hand, certain micro-organisms can induce a secondary autoimmune encephalitis.” For instance, herpes simplex and mycoplasma have the highest potential to result in ongoing epilepsy. 10

Researchers describe the case of a 15-year-old girl, who developed a sudden onset of neuropsychiatric symptoms along with “seizure-like” episodes. The patient’s anti-NMDAR antibody test was negative and MRI’s were normal. However, her Cunningham Panel™ test results were positive, which indicated that her symptoms, including the seizures, were likely caused by an autoimmune reaction, triggered by an infection(s).

The girl was treated with immunotherapy, including plasma exchange. After 2 weeks of treatment, her symptoms had completely resolved. 11 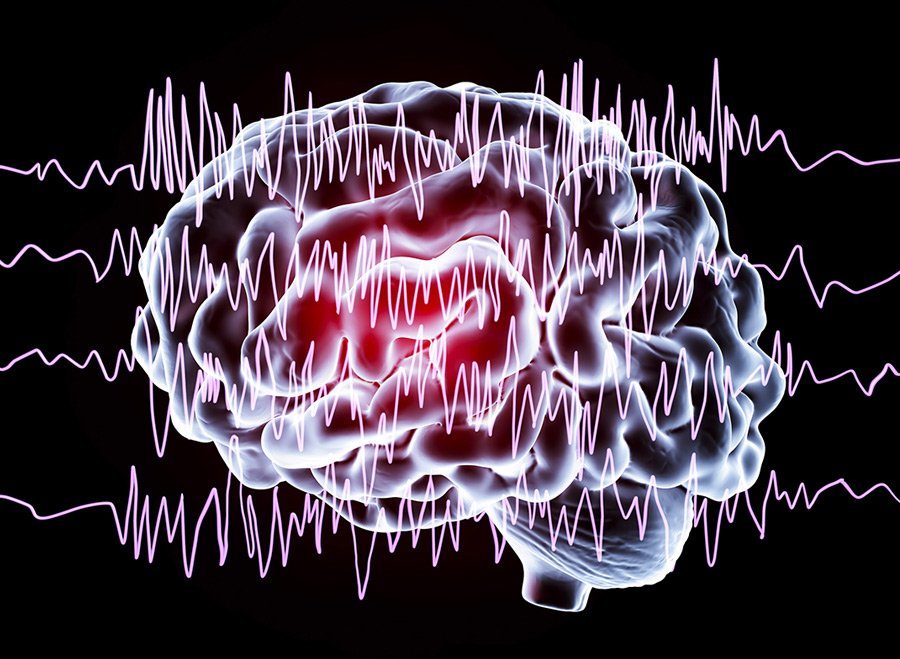 Mounting evidence indicates that abnormal autoimmune activity can elicit a sudden onset of seizures in adults. 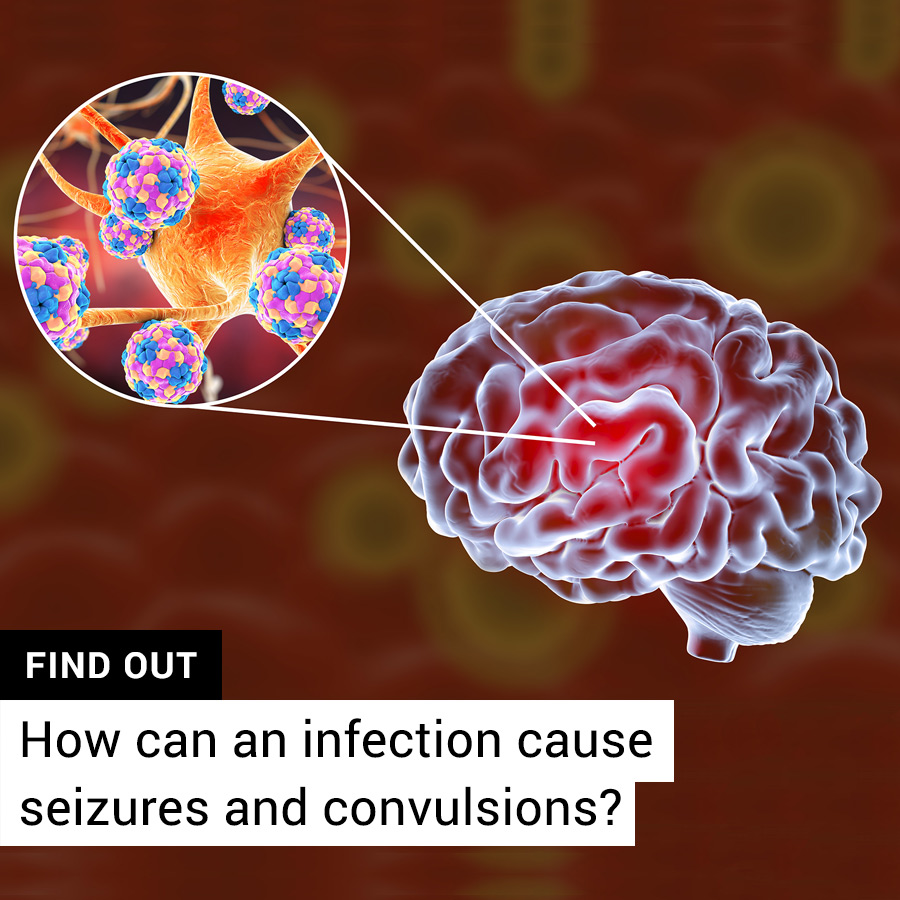