Moleculera Labs is working to uncover improved ways of identifying and diagnosing infection-triggered autoimmune neuropsychiatric conditions. As a leader in this field, news stories are frequently published about The Cunningham Panel™, our events and ongoing research.

January 08, 2020
Moleculera Labs’ Study Demonstrates Clinical Utility and Accuracy of the Cunningham Panel™ in Patients With Symptoms of Autoimmune Encephalopathy

Moleculera Labs, Inc., a precision medicine, autoimmune neurobiology company, today announced the online publication of a study in the Journal of Neuroimmunology that shows a correlation between the accuracy and sensitivity of the Cunningham Panel™ results and symptom resolution in patients with an infection-triggered autoimmune encephalopathy. Autoimmune encephalopathy is an infection-triggered immune response against portions of the brain or nervous system which can result in a variety of neurologic or psychiatric symptoms.

The study, conducted by scientists from Moleculera Labs in conjunction with leading clinicians throughout the country, is entitled “Evaluation of the Cunningham Panel™ in Pediatric Autoimmune Neuropsychiatric Disorder Associated with Streptococcal Infection (PANDAS) and Pediatric Acute-onset Neuropsychiatric Syndrome (PANS): Changes in antineuronal antibody titers parallel changes in patient symptoms.”

This case series included 58 patients diagnosed with PANS/PANDAS, an infection-triggered autoimmune encephalopathy, who were tested with the Cunningham Panel™ pre- and post-treatment and results were compared with their reported neuropsychiatric symptoms. The Cunningham Panel™ measures anti-neuronal antibodies against Dopamine D1 Receptor, Dopamine D2L Receptor, Lysoganglioside-GM1, Tubulin, and a cell-stimulation CaMKII assay and can provide clinicians with biological evidence supporting the diagnosis of an immune-mediated disorder, which may suggest alternative treatment modalities.

Moleculera Labs, Inc., an autoimmune neurobiology company, today announced that the U.S. Patent and Trademark Office (USPTO) has expanded the intellectual property protections covering the company’s Cunningham Panel™ (Patent No. US 10,228,376 B2). Specifically, the USPTO added human serotonin receptors 5HT2A and 5HT2C to the covered molecular targets, broadening the panel’s use to a wider range of neuropsychiatric targets and conditions with an underlying autoimmune origin.

“The Cunningham Panel™ can help identify the level of autoimmune antibodies associated with neuropsychiatric disorders and the capability they have to stimulate and trigger neurologic behavior,” said Craig Shimasaki, Ph.D., President and Chief Executive Officer of Moleculera Labs. “The panel was originally developed from research at the University of Oklahoma as an aid for physicians in diagnosing pediatric acute-onset neuropsychiatric syndrome (PANS) and pediatric autoimmune neuropsychiatric disorder associated with Streptococci infection (PANDAS), and it is used today for this purpose by a growing number of clinicians around the world. We are very pleased to have our I.P. protection extended to these additional molecular targets, which we believe could increase the Cunningham panel’s predictive treatment value in a number of additional psychotropic disorders, as well as aid in drug discovery and development.”

A subset of children with autism spectrum disorder (ASD), who have an immune abnormality, may benefit from intravenous immunoglobulin (IVIg) treatment, according to new research from Richard E. Frye, MD, PhD, Chief of Neurodevelopmental Disorders at the Barrow Neurological Institute at Phoenix Children’s Hospital.

According to Dr. Frye and colleagues, this is the largest case series examining children with ASD who have been treated with IVIg. The article “Intravenous immunoglobulin for the treatment of autoimmune encephalopathy in children with autism” is published in the August issue of Translational Psychiatry.  Using the Cunningham Panel™, the authors identified, for the first time, immune biomarkers that can predict with over 80% accuracy which children with ASD will respond favorably to IVIg treatment.

Recent studies have shown that some children with autism spectrum disorder have an immune system dysfunction. While the standard of care for ASD is behavioral therapy, individuals with a physiological abnormality, such as an immune dysregulation, may require more comprehensive medical treatment.

Dr. Frye, senior author and primary treating physician, states that “Our study demonstrated that a subset of children with autism spectrum disorder (ASD), particularly those that do not respond to standard interventions, may have autoantibodies that target brain tissue which might qualify them for the diagnosis of autoimmune encephalopathy.”

The majority of ASD patients had elevated levels of these autoantibodies measured by the Cunningham Panel™ along with an elevation in the activation of calcium calmodulin dependent protein kinase II. However, very few patients had other brain targeted autoantibodies associated with autoimmune encephalopathy (AIE), such as voltage-gated calcium channels autoantibodies. 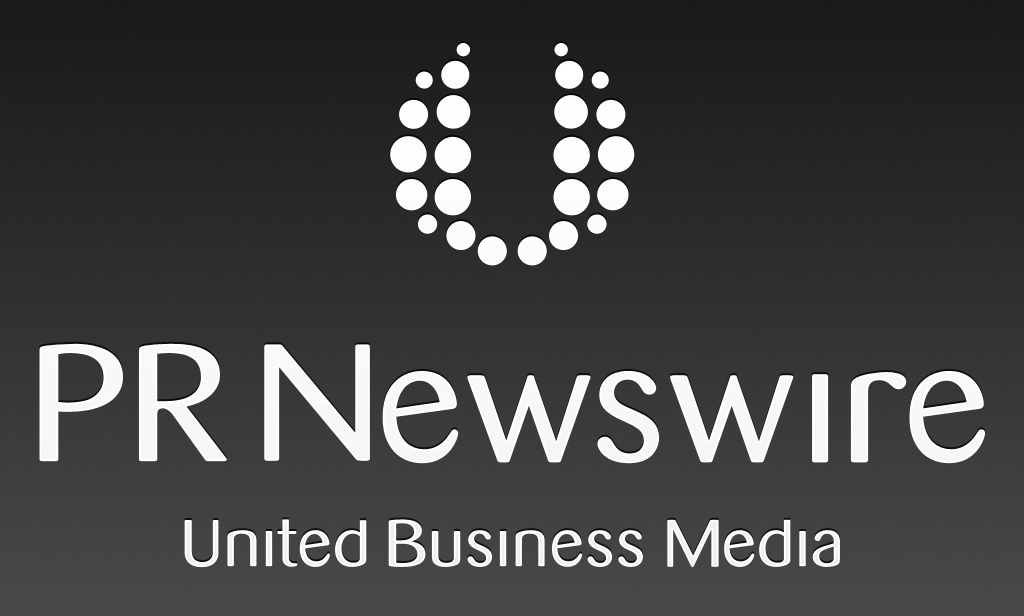 Moleculera Labs, Inc., an autoimmune neurobiology company, today announced that a key patent has been issued covering the company’s Cunningham Panel™ and its use in helping physicians identify whether an individual’s neurologic and/or psychiatric symptoms could be caused by an autoimmune dysfunction.

The Cunningham Panel™ can help identify the level of autoimmune antibodies associated with such neuropsychiatric disorders and the capability they have to stimulate and trigger neurologic behavior. Research has found that obsessive compulsive disorder (OCD), tics, anxiety, attention deficit hyperactivity disorder (ADHD), and sometimes behaviors associated with Autism Spectrum Disorders, may be caused by a treatable autoimmune condition, triggered by common infections. Results of the Cunningham Panel™ assists physicians in determining the likelihood that a patient’s neuropsychiatric symptoms are due to an infection-triggered autoimmune response, rather than a primary psychiatric disorder.

“This patent provides strong intellectual property coverage for our panel, which is an aid to physicians in diagnosing infection-triggered autoimmune neuropsychiatric disorders, and has steadily gained usage by a growing number of clinicians around the world,” said Craig Shimasaki, Ph.D., President and Chief Executive Officer of Moleculera Labs.

“PANS/ PANDAS has proven to be a treatable condition when properly identified, with symptoms often resolving with appropriate therapy — thus sparing affected individuals from being misdiagnosed and treated solely with psychotropic drugs to manage their symptoms. We are finding that the PANDAS/PANS disorder may be a medical model for many other chronic neurological and neuropsychiatric disorders in children and adults who do not respond well to traditional neuropsychiatric medications.”

Increasing evidence points to a relationship between certain bacterial infections and autoimmune attacks that can disrupt normal neurologic functioning according to researchers at Moleculera Labs. Using a panel of biomarker tests for autoantibodies against specific neuronal antigens and a key enzyme involved in the upregulation of many neurotransmitters can help physicians better diagnose and treat the underlying cause of such conditions, which are often misdiagnosed as psychiatric illnesses, motor tics or autism spectrum disorders and treated inappropriately with psychotropic drugs.

“Infections caused by bacteria such as Streptococci can trigger autoimmune attacks and brain inflammation that result in the sudden onset of severe behavioral disorders or other neuropsychiatric symptoms, especially in young children and adolescents,” said Craig Shimasaki, Ph.D., President and Chief Executive Officer of Moleculera Labs. “These conditions, referred to as Pediatric Autoimmune Neuropsychiatric Disorder Associated with Streptococci (PANDAS) or Pediatric Acute-Onset Neuropsychiatric Syndrome (PANS), are highly troubling to parents and exceedingly difficult for physicians to correctly diagnose and treat. The Cunningham Panel™ provides objective laboratory evidence of a patient’s autoimmune and anti-neuronal status that aids physicians in determining a proper diagnosis and therapy that often enables the child’s symptoms to be quickly reversed with appropriate anti-inflammatory and/or antibiotic treatments.” Launched in 2013, the Cunningham Panel™ has been ordered more than 3,000 times by over 400 physicians worldwide.

Dr. Shimasaki will present additional details on the phenomenon of molecular mimicry and the use of the Moleculera Lab’s Cunningham Panel to help diagnose PANS and PANDAS at the 2016 Personalized Medicine World Congress, taking place from January 24-27 in Mountain View, California. He will also discuss emerging research that suggests a similar relationship between infection and molecular mimicry triggered autoimmune attacks in other neurologic conditions including Lyme disease, Alzheimer’s Disease and Parkinson’s Disease.

The Moleculera tests, known collectively as the Cunningham Panel™, help physicians determine whether the sudden onset of certain behavioral and movement disorders in children and adolescents, including obsessive‐compulsive behaviors, tics, anorexia and other psychiatric symptoms, may be due to an infection‐induced autoimmune attack on the brain. PANS (pediatric autoimmune neuropsychiatric syndrome) and PANDAS (Pediatric Autoimmune Neuropsychiatric Disorder Associated with Streptococcal Infection) are defined as clinical diagnoses. However, making the correct diagnosis can be challenging, as symptoms overlap with other neuropsychiatric symptoms and can be co‐morbid with other neurological disorders.

The sudden onset of certain neuropsychiatric disorders in children, including obsessive-compulsive behaviors and tics, may be caused by infection-triggered autoimmune responses that attack the brain, according to key experts at the International Obsessive Compulsive Disorders Foundation Conference. Madeleine Cunningham, Ph.D., Chief Scientific Officer of Moleculera Labs and professor in the department of Microbiology and Immunology at the University of Oklahoma Health Sciences Center, and other notable researchers and clinicians will discuss the causes, diagnosis and treatment of PANS (pediatric acute-onset neuropsychiatric syndrome) and PANDAS, a subset of PANS associated with streptococcal infections, as a part of a special PANS/PANDAS program for researchers, clinicians and caregivers. The International OCD Foundation Conference is being held in Boston, MA from July 31 to August 2.

“It has long been known that through a process called molecular mimicry, Streptococcus infections can trigger immune responses that generate autoantibodies against certain human antigens in the heart or brain. This autoimmune reaction can result in damage to heart valves, or in the case of the brain, the neurologic disorder, Sydenham chorea,” said Dr. Cunningham. “Now there is increasing evidence that infection-triggered autoimmune and inflammatory reactions affecting neuronal cells in the basal ganglia of the brain can also cause sudden onset obsessive-compulsive behaviors and movement disorders in children. Moreover, such conditions may be associated with other infections besides Streptococcus, such as influenza, Lyme disease and mycoplasma.”

Moleculera Labs today announced the receipt of a two-year, $300,000 matching grant from the Oklahoma Center for the Advancement of Science and Technology (OCAST). This grant supports the development and clinical validation of new diagnostic testing panels to identify autoantibodies directed against neuronal antigens in patients experiencing neuropsychiatric disorders such as depression, bipolar disorder and schizophrenia. Such panels are intended to assist physicians in identifying the subset of patients whose symptoms may actually be caused by underlying treatable infection-triggered autoimmune and inflammatory responses.

“This new grant supports work expanding our successful efforts in developing additional assays to assist clinicians in diagnosing PANS and PANDAS, treatable neurologic conditions in children that manifest as obsessive-compulsive disorders (OCD), motor tics, separation anxiety and other behavioral disorders,” said Craig Shimasaki. Ph.D., President and Chief Executive Officer of Moleculera. “PANS and PANDAS have underlying autoimmune and often inflammatory responses in the brain that are triggered by infectious agents such as Streptococcus.”

PANS/PANDAS is treatable neurologic condition caused by autoimmune dysfunction where a patient’s own antibodies begin to attack his or her brain. Moleculera provides personalized clinical testing services using the Cunningham Panel to help physicians diagnose children thought to be suffering from this condition.

The Cunningham Panel is the result of more than a decade of research, funded in part by Oklahoma Center for the Advancement of Science and Technology, led by University of Oklahoma professor Dr. Madeleine Cunningham, Moleculera co-founder. 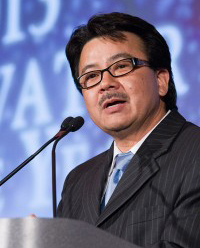 Overall winner acceptance speech of Dr. Craig Shimasaki, President and CEO of Moleculera Labs for 2013 The Journal Record Innovator of the Year award.

Oklahoma City-based Moleculera Labs received the overall award for its testing of children suffering from forms of neurologic disorders associated with autoimmunity.

Moleculera Labs has a testing panel to help children suffering from such disorders and give their parents hope for a better future.